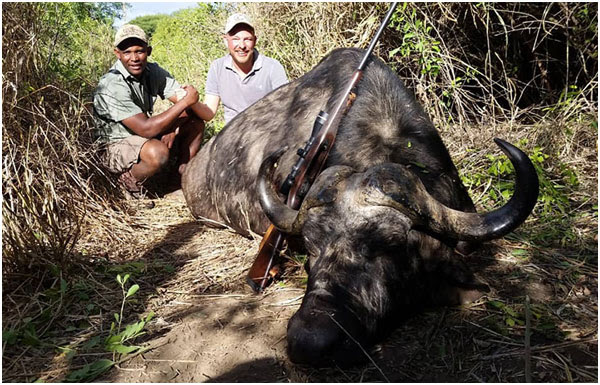 We hope this 19th edition of the JWK Safaris newsletter finds you well.

Since our last newsletter that was sent out during June this year I spent 3 weeks in camp with our clients that were hunting in the Gonarezhou area and also in the Matetsi/Gwaai areas of Zimbabwe, the hunts have been going well 10+ buffalo hunts in the last month or so, 3 elephant bull hunts, hippo and croc, sable plus Gwaai lion, so are the hunting areas and surrounding areas doing well, this is largely through hunting resources and hunting work that is available in the hunting camps and hunting areas for local men and women. Locals are very happy with the hunting and with the hunting clients that are harvesting the old bulls, feel free to book as you will be welcomed.

Here are a few photos of our meat distribution program that goes on after an elephant hunt for hunters and non-hunters reading this to see that all meat is used from the hunts, not only the trophy that is taken (exported later) by the client but the locals get the much needed meat and work for the hunting operators in their areas. Elephant (and buffalo) quotas are issued strategically in the Community owned hunting areas so that the meat is evenly distributed throughout the year as the animals get hunted so that each village gets equal amounts of meat and hunting money.

If my late father who was also a hunter had anything to do or say about it there would be no other way to start this newsletter than this scrum camp dagga boy buffalo with a monstrous body (Wow, look at the size of that buffalos neck and body), in many hunters book (including mine) this is the 100 pounder of buffalos. This bull was hunted in Matetsi by a client a few days ago, the hunt was guided by PH Adrian Van Heerden this is the second scrumcap bull that one of our clients has hunted, the last one was in the Gonarezhou.

I read on a FB post the other day where someone said he “had shot many buffalos in his life, the next one will be like this” I agree friend, my problem is I can’t pass up a dagga boy. The client on this hunt also shot this nice old Matetsi sable bull and hyena. 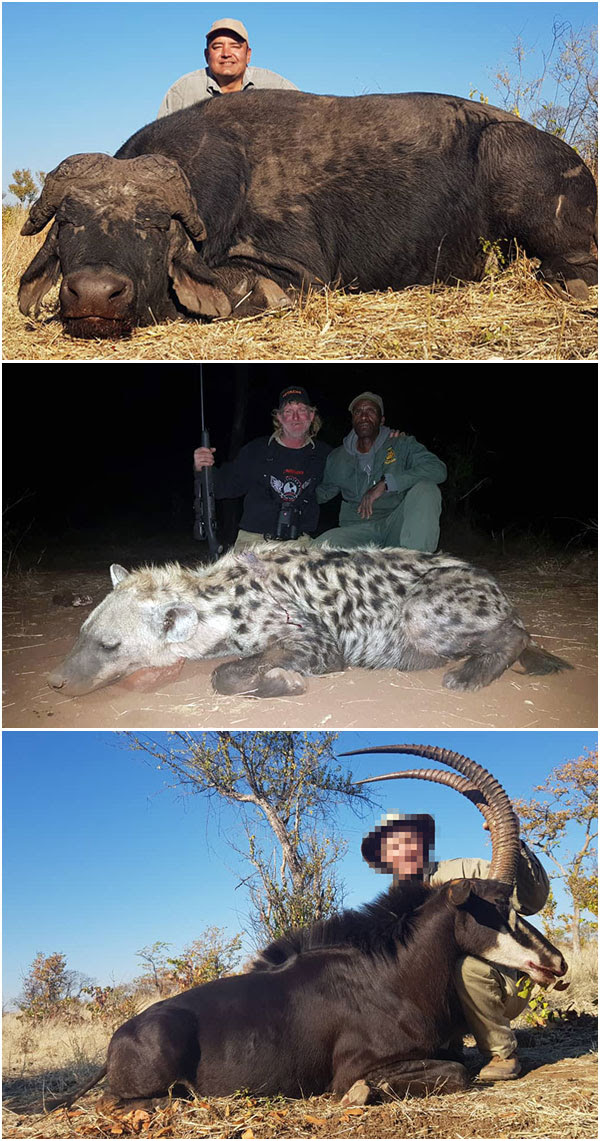 On another recent hunt where multiple time repeat client hunted this his 7th buffalo with us, a 42 inch dagga boy and this 40 pounder elephant bull in the Gonarezhou safari areas Sengwe 1 and 2 with PH Nixon Dzingai: 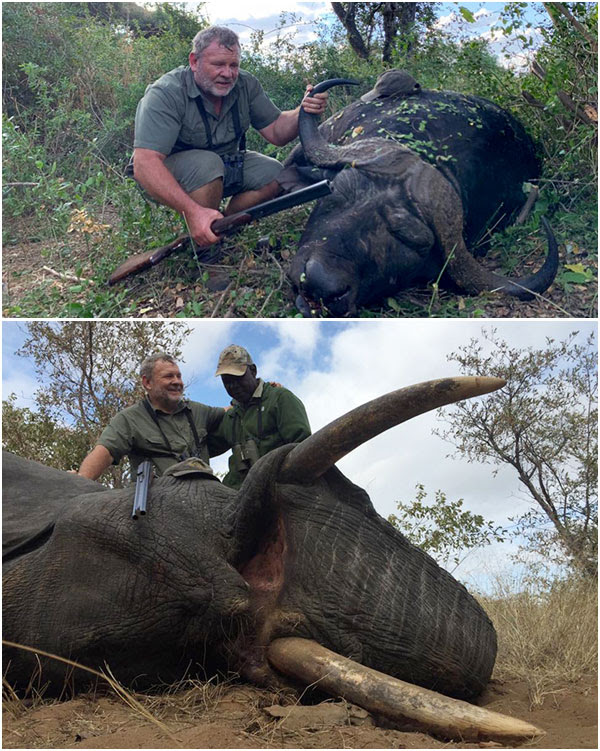 From Europe we welcomed two hunters into the Gonarezhou that hunted these two hard boss buffalo bulls with father and son PH team Nixon and Simon Dzingai: 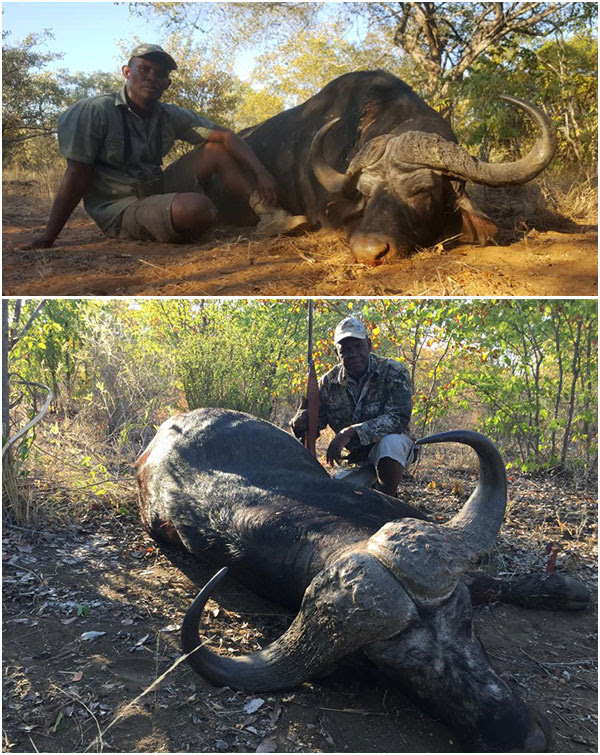 Last year the North Eastern Gonarezhou hunting concession Mahenye changed hands/fell under new concession ownership this opened the door for us to market and sell these Mahenye hunts to our clients, making JWK safaris able to offer clients hunts in the Northern, Central and Southern Zimbabwe Gonarezhou hunting concessions that are world famous for big elephant tusks and big buffalos plus hippo and crocodiles are plentiful. If you are thinking about or looking for a big elephant or a big buffalo then look no further as our clients shoot the big ones, the Gonarezhou produces the big ones, consistently.

Here are some pictures of Mahenye camp that is stunning and a map of the area and some area photos plus my area explanation, Mahenye Gonarezhou: 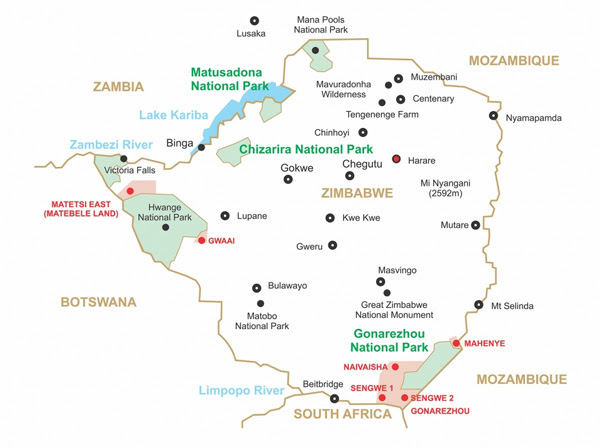 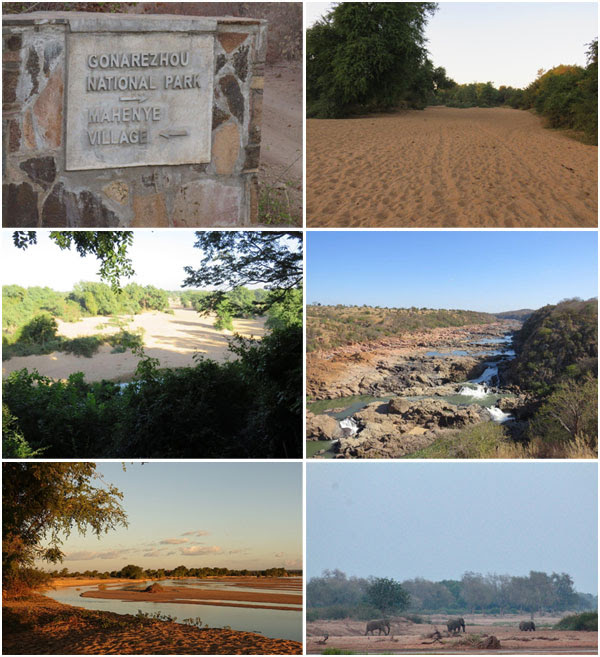 Mahenye is a Zimbabwe/Gonarezhou hunting area that is situated on the North Eastern Boundary of the Gonarezhou National Park and has a further boundary with Mozambique. The Mahenye riverine jess bush including forests along the river is perfect territory for elephant bulls and buffalo bulls, this area has produced very big ivory in the past. There has been very little to no hunting in Mahenye for the last 10 years.

The North Eastern portion of the Gonarezhou National Park is adjoined and unfenced to Mahenye, this area has the highest concentration of elephant bulls in the entire park, this is due to the high volume of water and good levels of available feeding, there is lots of water on the hunting area side. Keys species at Mahenye are elephant, buffalo, hippo and crocodile.

The camp consists of 2 luxury client tents with own bathroom plus 1 luxury client chalet with own bathroom (can sleep 6 clients 2 x clients per room comfortably), the lounge and dining room are very nice and could be considered as luxurious. The fireplace and view overlooking the Save River can only be described as awesome, I took these pictures of the nearby Chilo Gorge that is adjoined to Mahenye. The Mahenye camp has hot water and generator power.

Another repeat client hunted the Gonarezhou with PH Nixon Dzingai, I was on this 10 day hunt, we hunted hard and shot a few good buffalos and this elephant in the 35 pound range.

Another recent visitor to our Gonarezhou hunting area was Mr. Peter Diekmann who is an editor at the German hunting magazine Jagen Weltweit, Peter came over to see what all the hype is about surrounding hunting the Gonarezhou areas of Zimbabwe and to report back to his readers what he saw here, while Peter was here he hunted a buffalo, he was guided by Simon Dzingai, they managed to hunt this 14 to 16 year old dagga boy, well done and thanks to Peter and his team. I am sure you will be back for your next buffalo or elephant soon.

Also during June we welcomed a hunter from the USA into Sengwe Gonarezhou for this buffalo hunt, nice old bull that went down in the Limpopo River, on that hunt the PH saw this Nyala in the hunting area, good old bull and we get a few on our annual quota. 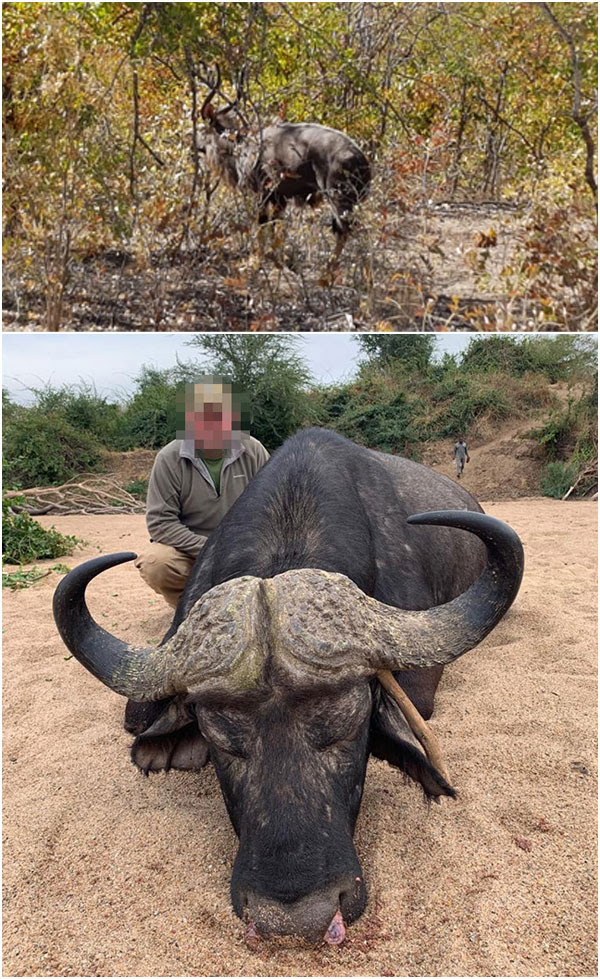 In the Southern Gwaai a client from Europe hunted this lion that was hunted during the day on a walk and stalk hunt on day 1 of a 21 day hunt, plus this Matetsi buffalo, hippo, croc and sable on a hunt guided by Steve Meyer: 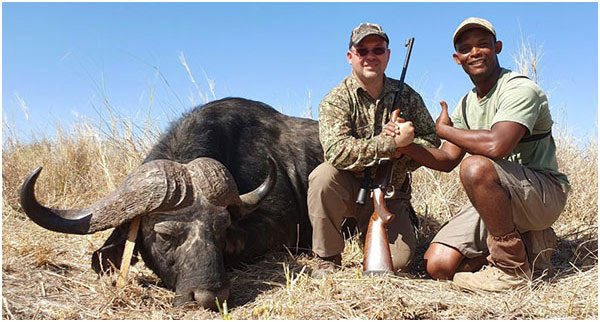 Lastly for this newsletter we welcomed German Professional Hunter Mr. Peter Dafner into the Gonarezhou hunting areas Sengwe 1 and 2, Peter came and hunted with us with his client from Europe, this was a 14 day trophy elephant bull hunt that was guided by PH Nixon Dzingai, Peter passed up a 45 pounder early on in the hunt, then went on to hunt this superb 65/70 pounder a very old elephant. Thanks for the second hunt of the year with us Peter, we look forward to welcoming you back again. 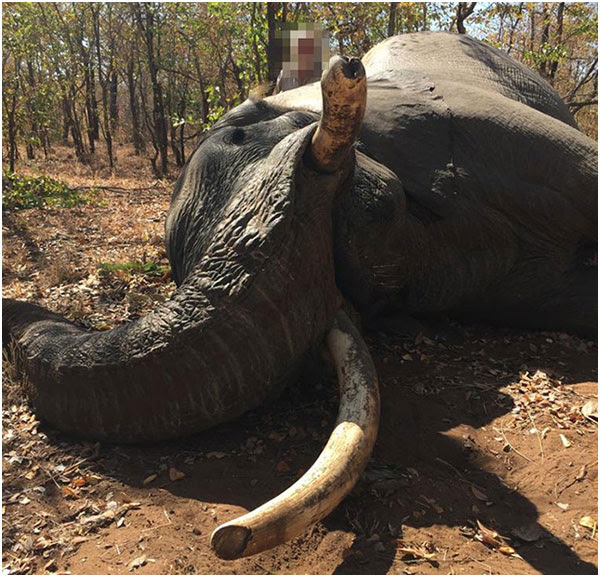 We have moved into the second half of the hunting season, the African summer months are my personal favourite time to hunt as there are the most daylight hours during this time of year and there are no cold days or nights to worry about plus loads of game moving around for water and grazing.

We do have quota and dates available on all big game species between Zimbabwe and South Africa for the rest of this year plus bookings are open for our 2020 hunts.

Hunting agents, clients, PH’s and Outfitters please contact us for any hunts you may need in South Africa or Zimbabwe and please pass our newsletters onto your hunting friends. 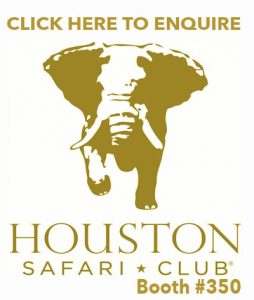