Early morning drives are one of my best times to enjoy Africa. As i left the bush veld area near the town of Rustenburg it was just me and the road i enjoyed a wonderful sunrise and arrived at the Safari & Outdoor DGS (dangerous game shoot) with some time to spare and unpack my Blaser S2 double chambered in 470NE Shooting Peregrine VGR2 500grain points was shooting on point from the last time at the range.

Having won last years shoot i was looking forward to the days events and activities. There were 4 ranges with 4 shots on each range. we started right off the mark and shot the Leopard range which had 4 targets simulating a charge 20m, 15m, 10m and 5 m one shot at each Brain shots for the high scores. The next was a hippo range 2 targets at 35m 2 frontal brain shots and 2 side brain shots in under 30sec. However you have to place and remove your ammo from a plastic bin on the table which made it interesting .

The ranges went very fast and we were all done by 11am. The camaraderie was excellent and we all had a great time, lots of laughs and a few cold beers. The prize giving was well handled and i was called up to take top honours for the second year in a row, as i was told this is the first time this has been done.

Well the hunting season is in full swing and time on the range has never been as important keep those skills honed and and ready at all time.

Peregrine bullets are working over time for the rest of the year. 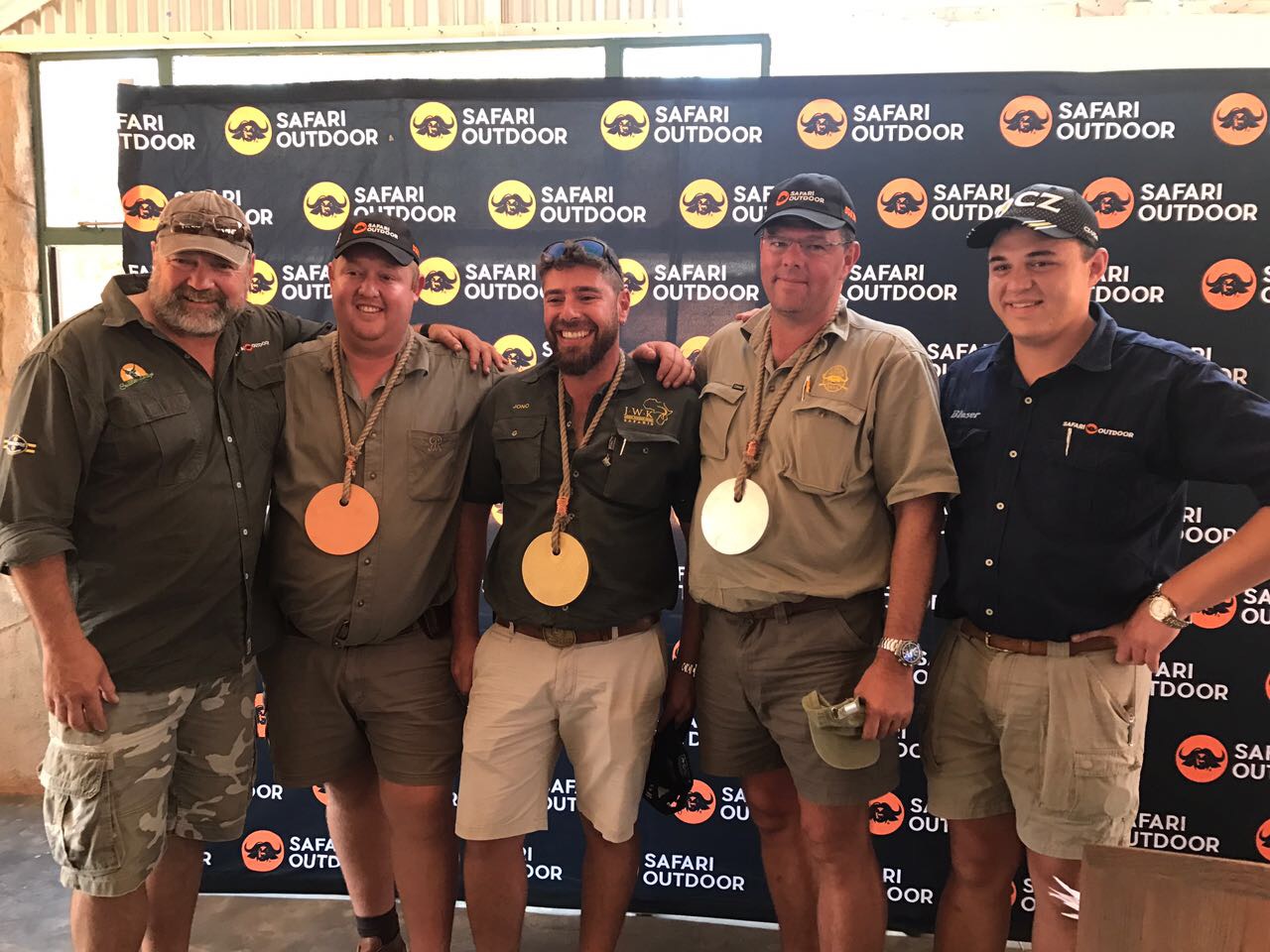 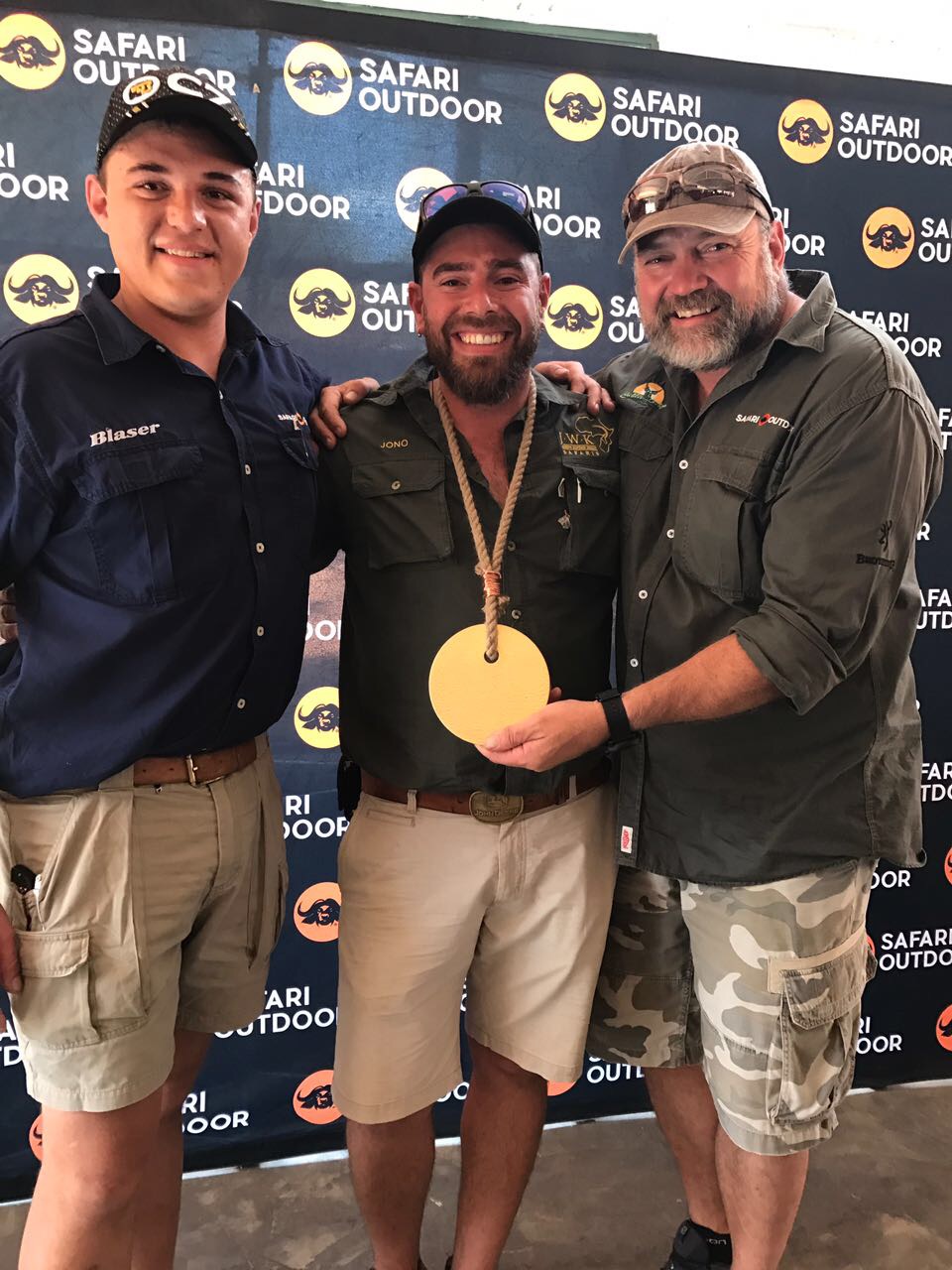 Thank you to all involved and the organisers and sponsors of the event.